residential properties for sale in Makati 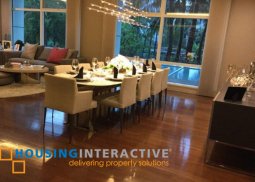 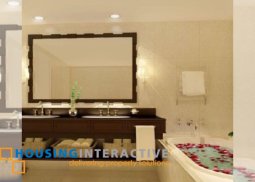 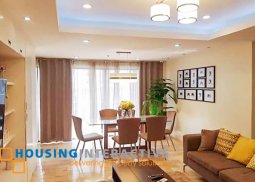 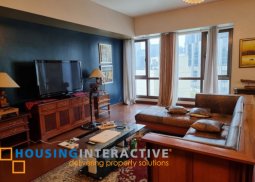 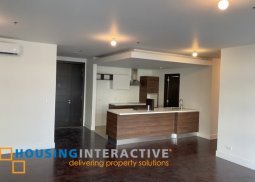 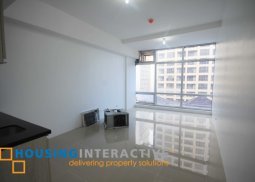 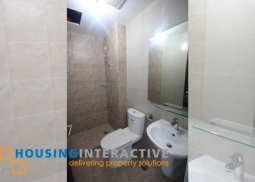 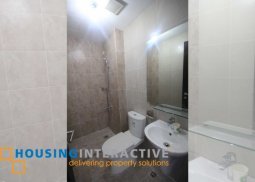 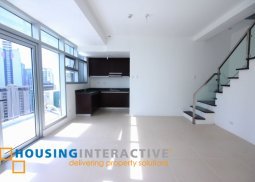 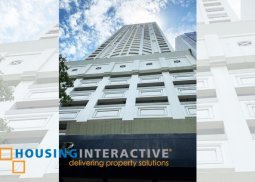 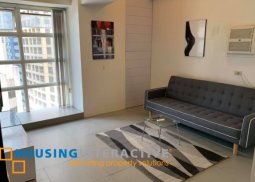 Makati is situated on the northeast of Pasay, northwest of Taguig, and southern part of Manila, Mandaluyong, Pasig. It is also known as one of the business districts of Metro Manila. The city is considered as the Financial Center of the Philippines because the business district houses four hundred and sixty-one bank branches. There are estimated 2,000 company offices, 10 IT companies, 12 international groups, Business Process Outsourcing companies, and various country consulates and embassies, such as the Chinese Embassy, in the city. The lifestyle of New York's The City that never sleeps and Tokyo can be compared to Makati, because its citizens are constantly on the move and its automobiles endlessly roam the streets. Makati provides an advantageous access port to nearby cities and other business hotspots like Cubao and BGC. The Central Business District is not only for its citizens of well-off background, but also for the average citizen looking for a nearby residential property for sale that is from distant provinces and cities.

Makati has 33 barangays and 14 villages. The most popular subdivisions are: Legaspi Village, Salcedo Village, Bel Air, Bel Air I, San Lorenzo Village, and Dasmariñas Village.  These villages sit at the heart of Makati Central Business District. It is recommended because of their proximity to the workplace, high-end malls, restaurants, and parks around the city.

Here are reasons why it is advantageous to invest in a property in Makati.

Pedestrian lanes, broad sidewalks, and underpasses abound in the Central Business District. It is not only convenient for those who drive, but also for pedestrians and commuters who walk and ride public transportation to go to their destination. The underpasses in Makati not only function as commuter’s walkways, but also as an exhibit of art, murals like the Makati-Ayala underpass stretching from end-to-end. Makati will be transformed into a genuinely pedestrian-friendly community with its neighboring city like Taguig.

There are also accessible transportations like bike lanes, bus lanes, jeepneys, the Metro Rail Transit, and a boat service. Some companies offer shuttle service for their employees to evade the rush hour coming to work. These are options that make Makati City accessible for all types of commuters.

Makati has the power to provide for the welfare of its citizens. The security cameras provide real time footage 24/7 for the security group that ensures the safety of its Makatizens every day. The Makati Police Force also secured the safety of its fellow citizens through increased police visibility by adding patrol vehicles provided by Makati City Government. The city's pride is the responsiveness of its fire stations and police stations in case of emergency. This is because of its 26 new patrol vehicles, 2 rescue boats and a Mobile Command Vehicle to enhance and manage the deployment of response capability. The strict traffic implementations thanks to Makati’s vigilant traffic enforcers, prevent traffic accidents and secures the lives of the pedestrians. According to Numbeo's Safety Index, Makati is one of the safest cities in Metro Manila and the 5th safest city in the Philippines.

The first thing that comes to mind when surveying for a place to live in Makati is its accessibility to every workplace, every restaurant, and every park. In the neighborhood, there are a number of high-quality apartments, condominiums, and houses to choose from. Location is an essential factor in determining the optimal residential property in Makati.

Greenbelt Parkplace is near the Greenbelt Mall, Ayala Museum, Landmark, and SM Makati. A 1-bedroom condo space for sale in Greenbelt Parkplace Makati has an average floor area of 37 to 40 square meter and it would cost ₱7,800,000. The occupant may enjoy the building amenities and features such as Air Conditioning, CCTV, Elevators, Fire Alarm, Fire Sprinkler System, Fire Exits, Swimming Pool, and a Lobby Lounge.

San Lorenzo Village is close to the Magallanes Station, Landmark, and Greenbelt Mall. It also has a condominium unit for sale with 1 bedroom, 1 bathroom, a kitchen and it covers 33 square meters. The unit also has building amenities such as CCTV, Gym, Swimming Pool, a Parking Space and this is priced at ₱5,000,000.

Barangay Palanan is full of affordable food chains such as Butchog's, Bautista, and Chie Chie's Tuguegarao Pancit Batil Patung. There are hospitals nearby like St. Claire's Medical Center and Balbido Medical and supermarkets. There is a house for sale located in Palanan, a 5-bedroom house with an average floor area of 500 square meter, a lot area of 214 square meter and with a cost of ₱30,900,000. With this size, the tenant can enjoy the amenities such as: Built-in wardrobes, Laundry Area, Drying Area, and a Parking Space.

Running a list of these properties from different locations, highlights the landmarks and malls that they are located in. Walking a short distance, or taking a short trip to go to these destinations on the bus at every precise bus stop is closely monitored thanks to Makati’s most vigilant traffic enforcers and deputized authorities. The Makatizen may save money on transportation, or his energy for another productive work day, depending upon his decision to take the bus and prevent the hassle of morning rush hour just like in every Philippine city of a business hotspot nature.

The Greenbelt Chapel is currently considered as the most relaxing church in Makati CBD. The Augustinian friars erected the Nuestra Señora de Gracia Church.The church is now considered as a world heritage site by UNESCO. The architecture of the church is Baroque inspired. There are two stock exchanges in the Philippines. First is the Manila Stock exchange, and the second is located in Makati. The Philippine Stock Exchange is known for having the shortest selling in Asia that only lasted 2 hours.

The Ninoy Aquino Monument is beside the Philippine Stock Exchange and it is built in commemoration of the late senator Benigno Aquino Jr. He fought the dictatorship of the Former President Ferdinand E. Marcos during the 1980s.

Makati is also full of tourist attractions, an example of this is Ayala Triangle along Ayala Avenue, where annual festival lights are being held for visitors from different parts of Metro Manila. Washington SyCip Park is a privately owned public park in Legaspi Village, Makati near Greenbelt mall. The park was named after Filipino accountant and banker Washington SyCip when it first opened in 2006. According to Inspirock, there are many secluded areas around Greenbelt Park. The landscape of the park provides an escape while colorful plants and beautiful flowers enhance the relaxing atmosphere at Greenbelt.

Ayala Museum is also a good place to visit for the weekends. The museum depicts the Philippines' vibrant and colorful past, from the early days of the Mactan Battle to the current democratic struggle. It also contains the Filipinas Heritage Library located inside the old Nielson Tower, the library holds books that date back to the Spanish period and historical collections that tell the country's history.

Makati Poblacion Park is an urban linear park in Metro Manila, Philippines, located on the south side of the Pasig River. It was formerly known as Casa Hacienda Park and is located in Barangay Poblacion, as its name suggests. Poblacion is slowly becoming known for its Hole-In-The-Restaurants. Kermit is an Italian restaurant from Siargao and it already can be found in Makati. The Kermit restaurant can already be found in Poblacion and it is famous for their salads, pizzas and cool environment. El Chupacabra is known for its Mexican-American delicacies like barbeque, tacos, and beers. Tortuga is a bar that can provide an escape at the heart of Makati. This bar serves as a great place to chill and enjoy the tropical getaway with calamari and ice cold drinks.  The party scene is electrifying because of the bars around Poblacion that energizes the nightlife in Makati. This is also where friends and their co-workers hang out after a day's work.

Besides fast emergency responses, such as the services provided by Makati Med, and pedestrian friendly infrastructures of its well-planned underpass and overpass throughout the city, Makati also contains numerous villages and subdivisions that fills the city with a sense of vibrant community. The Central Business District provides the best schools like iAcademy, Mapua University and Far Eastern University, just to name a few. Banks, churches, and hospitals are just a walk away or one ride away from the comfort of your home.

You may find the most expensive and luxurious residential properties for sale in Makati at Legaspi Village, Forbes Park and Makati Ave. While you can find classy yet affordable ones at Chino Roces Avenue, Guadalupe Viejo and Bel Air.

Below are the average sales prices according to the number of bedrooms in this location.