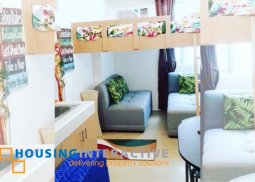 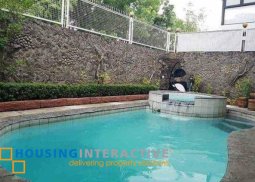 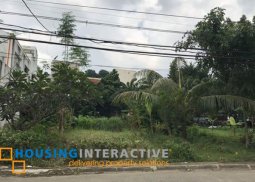 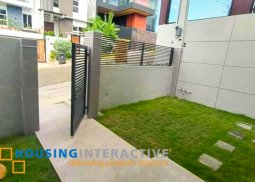 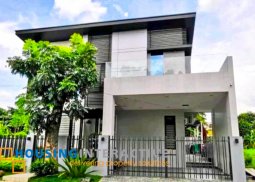 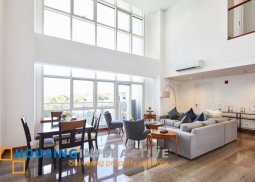 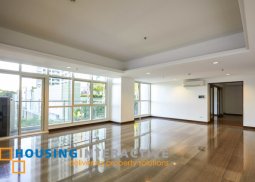 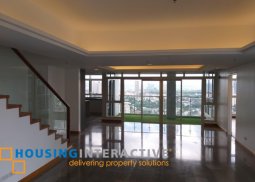 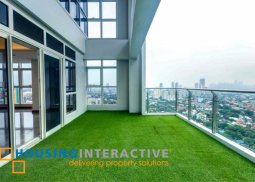 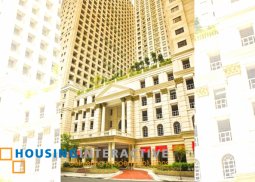 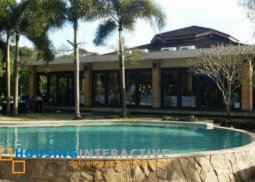 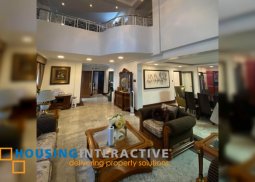 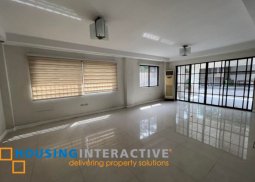 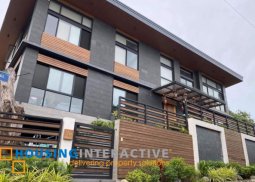 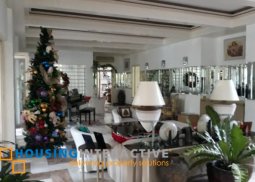 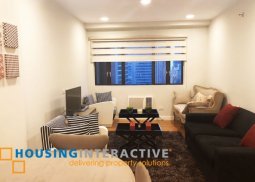 Experience the wonders of Quezon City

Quezon City is situated on the northeast of Manila, northwest of Pasig, southeast of Valenzuela, east of Malabon and Navotas, and west of Marikina. It is one of the highly urbanized cities in the National Capital Region and also part of the seat of government. The city has various government offices and branches including Sandiganbayan, House of Representatives, Office of the Ombudsman, and Batasang Pambansa. The biggest mall in the Philippines can also be located in the country like the SM North EDSA. It is the first high-end mall of Henry Sy Sr. and it currently has a total land area of 497,213 square meters. Buying a property for sale in Quezon City is an advantage because it is surrounded by key establishments and landmarks. The city is home to 3 business districts such as Triangle Park near the Quezon Memorial Circle, Eastwood City in Libis, and Araneta Center of Cubao. Quezon City is also dubbed as the city of stars because numerous actors, actresses, and other famous personalities reside here.

The city is the largest among the cities in Metro Manila. According to the Quezon City Government, it occupies a total land area of 16,112.58 hectares. The first thing when finding a residential property for sale in Quezon City is its proximity to key establishments. It being the largest city also has a wide array of opportunities for it is filled with business establishments, prominent educational institutions, high-end malls, parks, restaurants, and tourist attractions. Living in the city is truly a great advantage for people with great opportunities the city brings.

Places to visit in Quezon City

Quezon City is the largest among the 16 cities of the National Capital Region, that means the city also has various hangout sites to explore and discover. Here are some of the location you can spend with your family and friends:

The La Mesa Ecopark is located inside the 2,659 hectare La Mesa Watershed Reservation. It is one of the remaining rainforests in the National Capital Region. The visitors can enjoy being one with nature in a relaxing ambiance surrounded by lushful trees and a diverse ecosystem.

The Ninoy Aquino Parks and Wildlife Center is a venue open for various functions including recreational civic, religious and educational activities while in a calming environment.

The Quezon Memorial Circle (QMC) stands in a 27-hectare land and it contains a park, playground, and the highlight of it is the memorial shrine where the remains of the Former President Manuel Quezon and his wife Aurora Quezon are located. The World Peace Monument Bell can also be found in the area.

The city has museums perfect for family bonding and hanging out with friends. The Art in Island in Cubao showcases its 3D Art as if you are part of the piece. The visitors can wonder at the beautiful artworks not just on the walls but also the miniature works on the upper floors of the gallery.

The Quezon City Experience is a museum located inside QMC. Established in 2015, it is a socio-cultural interactive museum that portrays the history of the city, modern artworks and installations that shows the beauty and the realities of a thriving city. The guests of the museum can see the recreation of the office of Manuel L. Quezon, the model of a low-cost housing, take a photograph inside a jeepney, walk-across the Filipino barbershop and a buko vendor, or give a mock weather report inside a studio situated inside the premises.

The person who bought a residential property for sale in Quezon City can have the opportunity to travel and discover more of the destinations in the city.

Here are the advantages of investing in a property in Quezon City.

Commuters and pedestrians are easy to go around the city.

The person who bought a residential property for sale in Quezon City can travel with such ease. The city is filled with public transportations located in the key areas of the city. There are accessible bus stops along the avenue, and bike lanes that provide safety and access to go from point A to point B without paying a fare. The city also has FX, Jeepney, and bus terminals in malls and train stations that offer fast and cheap transportation for people going in and out of the city. The Roosevelt Station Light Rail Transit (LRT-1) is located in Watermart in Muñoz, The North Avenue Station Metro Rail Transit (MRT-3) is near Trinoma. Cubao also has two train lines like the MRT-3 and LRT-2 connecting lines to aid commuters to go to different parts of the Metro. According to CNN Philippines, the MRT-7 will connect Quezon City to San Jose Del Monte Bulacan. The MRT-7 is expected to be opened by December 2022 to cater the needs of the masses. The city is also surrounded by pedestrian lanes and foot bridges that eases the travel time of people who are just a walk away from the destination.

Quality Healthcare located around the city.

The city has medical institutions that cover an array of treatments for its residents. Quezon City contains hospitals such as National Kidney Transplant Institute, Lung Center of the Philippines, Philippine Heart Center, St. Luke's Medical Center, World Citi Medical Center, Veterans Memorial Medical Center. Some of the hospitals in the city provide high-end amenities for the comfort of their patients and their well-being. St. Luke's Medical Center has state-of-the-art facilities that provide convenience, safety, and connectivity. The people in the hospital have unlimited internet access around the premises while having the quality healthcare the city has to offer. The Veterans Memorial Medical Center (VMMC) is a 55 hectare hospital that is located at the corner of Mindanao and North Avenue. The VMMC has its own 33 hectare golf course available for its members to have a relaxing stay in the hospital. The accessibility to hospitals brings assurances that the health of residents is taken care of.

It is important when buying a residential property for sale in Quezon is to see if there are schools in the area. Parents can be rest assured that their kids can attend quality learning institutions because schools such as Quezon City Science High School, Philippine Science High School, University of the Philippines, Miriam College, and Ateneo de Manila University are within the city.

Living near the key areas of the city will offer convenience and practicality for the residents. Choosing to buy a house, condo apartment, or any residential property in Quezon City is a great investment from the start. The person who bought a home in the area can experience less travel-time going to work, school, or any destination because everything is just a few blocks away from your doorstep.

Where to buy a residential property in Quezon City

Home is where people spend their downtime, family, and friends. Quezon City has various residential properties such as apartment lots, houses, and upscale condominiums. It is vital to not just buy a residential property in the city, but also take into consideration the proximity of it to public transportations, key establishments and avenues to different cities and business districts. It is advantageous for everyone to live nearby the essential developments to cut the travel time and more to time to achieve life-long pursuits.

Barangay Kaunlaran is located in District 4 of Quezon City. The barangay contains upscale communities such as Skyvillas at One Balete, and Pine Crest Condominium. The location of the barangay is strategically positioned to aid commuters to travel to their destination. There are bus stops and the Gilmore Station LRT-2  just minutes away that offer cheap and fast transportation to the different points of the Metro. Kaunlaran is surrounded by business establishments due to its location near the Araneta Center in Cubao. There are schools that can be seen in the area like the Ponciano Bernardo Elementary School, P. Tuazon Elementary School, Cubao Elementary School, Ponciano Bernardo High School, Starland International School, and Technological Institute of the Philippines. The residents of Brgy. Bagumbayan has nearby quality restaurants namely Buffet 101, Conti's Bakeshop & Restaurant, Kaperosa Steakhouse, Romantic Baboy, Cibo, Crisostomo and Arce Haus. Houses of worship can also be located just minutes away from the barangay including Congregation of the Benedictine Sisters of the Eucharistic King, Church of the Open Door International, Our Lady of Victories Church, and The Immaculate Conception Cathedral of Cubao.

Barangay Ugong Norte is under District 3 of the city and known for its luxurious homes. Greenmeadows is one of the villages that can be seen in the area. The barangay is positioned near key establishments that provide convenience among its residents. It is near Eulogio Rodriguez Avenue that gives access to cities such as Pasig, Mandaluyong Makati, and Taguig. Brgy. Ugong Norte is surrounded by commercial centers and malls that include, SM Megamall, Eastwood Mall, Ayala Malls Parklinks, and S&R Membership Shopping. The homeowners are within proximity to prominent educational institutions like Cambridge Preschool, Bagumbayan Elementary School, Manggahan High School, Britesparks International School, Ateneo de Manila School of Medicine and Public Health, and St. Paul College. The residents can also receive the quality healthcare because The Medical City is just a block away from the town.

Katipunan Avenue is a home to prestigious universities and colleges. The is commuter-friendly because there are bus stops along the avenue and the Katipunan Station LRT-2. Investing in a property for sale in Quezon City will pay-off because of its strategic position. The upscale communities in the area provide 5-star apartments for students, young professionals, and starting families. It has one of the luxurious condo properties in Quezon City such as Vista 309 Katipunan and Blue Residences. The residents living along Katipunan Avenue have an access to C-5 road heading to cities and business districts including Ortigas Business District, Makati Central Business District, and Bonifacio Global City in Taguig. The condominiums are located within proximity to prominent universities such as Ateneo de Manila University, Miriam College, and University of the Philippines. Malls can also be found in the area namely UP Town Center and Riverbank Mall. The UP Town Center has various restaurants, retail stores, and entertainment zones where people hangout and enjoy. The Riverbank Mall as the name suggests, is near Marikina River and it is a great place to relax and experience a provincial ambiance in the middle of the city. People can ride a bike around the riverbank and unwind in the hut while the nice cold breeze takes away the stress of city life.

The residential property for sale in Quezon City is a great asset because of its proximal distance in relation to key developments. The residents can easily go around the city, due to the fact that public transportations is strategically located to aid the commuters from the different parts of the city. There are various parks, museums, and tourist attractions available for everyone. People who have a condominium apartment and a house in Quezon City will face less-hassle going to work or to school because home is just minutes away from the destination.

How much is a residential properties for sale in Quezon City?

You may find the most expensive and luxurious residential properties for sale in Quezon City at Bagumbayan, Bago Bantay and Ortigas corner EDSA. While you can find classy yet affordable ones at South Triangle, Katipunan Ave. and Aurora Blvd.