residential properties for rent in Pasig 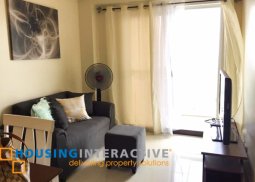 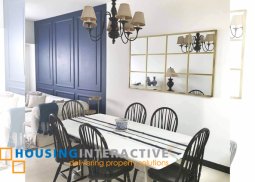 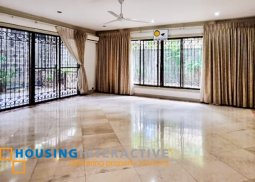 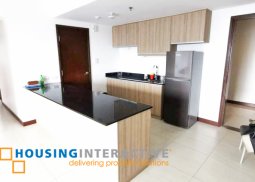 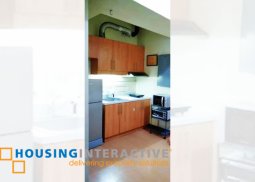 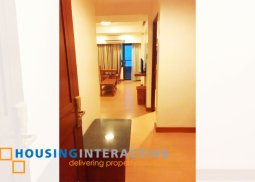 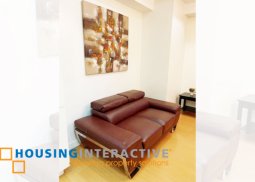 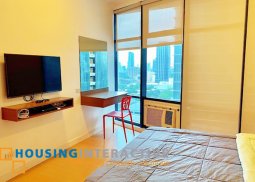 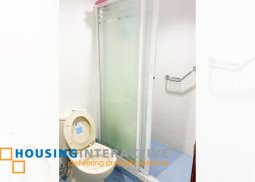 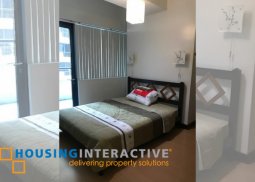 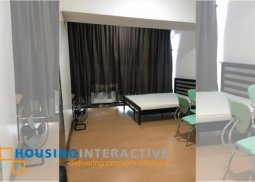 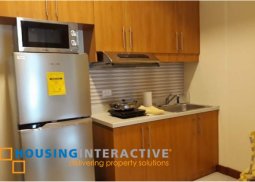 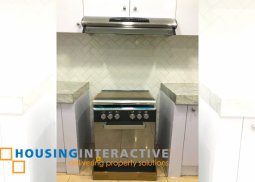 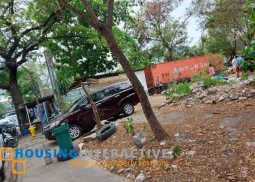 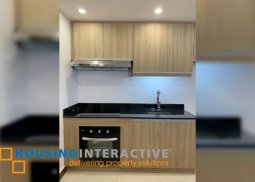 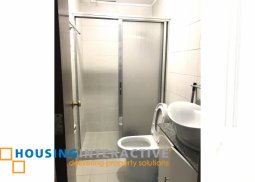 Residential Properties for Rent in Pasig

Live in the sustainable city of Pasig

Pasig is one of the innovative cities in the National Capital Region (NCR). The city is renowned for its environmental initiatives in battling pollution and Climate Change. According to the United Nations Framework Convention on Climate Change (UNFCCC), Pasig City has its own 23 pumping stations to aid flood-prone areas, and has a 24/7 emergency hotline for a fast response in case of natural disasters or relief operations. Pasig City is always on the go. The residential properties for rent in Pasig is within proximal distance to important establishments and commercial developments such as malls, schools, offices, restaurants and so much more. It is also important to live near the key areas of the city for this will reduce the travel time needed to reach your destination.

Pasig is filled with malls, museums, and recreational sites close to residential developments. Here are the locations you can discover in the city:

Pasig Rainforest Park consists of 3 parks: Nature, Adventure, and Leisure. Nature Park is perfect for people who want to take things slow and be one with nature. Its guests can enjoy the Botanical Garden, Flower Park, and Pasig Zoo. In Adventure, it has numerous fund and adrenaline activities such as a waterpark, skating park, rappelling, and wall climbing. Lastly, Leisure has attractions such as a boating lagoon, camping area, picnic grove, and a promenade which is open for social gatherings, corporate events, and other special occasions.

The Pasig City Museum used to be known as the Concepcion Mansion because Don Fortunato Concepcion resided there in 1937. The building witnessed several historical events in Pasig including the Japanese Occupation and the Liberation of Pasig. When Japanese forces occupied the mansion, it was used as a military base. When the combined efforts of the Americans and Filipinos defeated the Japanese in the area, the American flag flew on top of Don Fortunato’s house that signified the end of the occupation in the city. Today, after several renovations the Pasig City Museum houses the arts, culture, and the history of Pasig. According to the Pasig City Government, the city is one of the oldest cities in the country and the museum holds several galleries namely Timeline History of Pasig, Comparative Sites and Landmarks Photo Exhibit, Natural Science Hall. With all of these historical significance and position in the city, Pasig City Museum is one of the important landmarks in the city.

Tiendesitas is a commercial complex consisting of different shops which are divided into 9 villages. The shopping complex covers a total land area of 30,000 square meters and takes pride of its Filipino architectural design patterned after the nipa hut. Tiendesitas has several stores that promote the culture of the Philippines, ranging from souvenirs like knick knacks and t-shirts to local delicacies that add flavor to the Filipino experience. It also holds exhibits and concerts in the Central Plaza that energizes both the culture and the nightlife of the city.

These places are all within the vicinity of the gated communities and condominiums in the city. The person who rents a residential property in Pasig can access all of these destinations and more without taking an hour to get there.

Why live in Pasig?

Pasig is famous for not only having a vibrant community but also a pioneer in business and trade. The eastern district of Ortigas Center, officially known as the Barangay San Antonio is one of the busiest in the city for this is where top corporations and companies reside. The city is also filled with shopping centers that offer dozens of choices to its residents. It is also situated in a prime location surrounded by thoroughfares and public transportation which makes it accessible by everyone. Here are the advantages of staying in Pasig:

In the middle of major thoroughfares and accessible public transportation

Pasig is encircled by interlinking roadways such as Epifanio Delos Santos Avenue (EDSA), Ortigas Avenue, and the C-5 Road. The person who lives in Pasig can easily travel from one city to another due to the fact that EDSA is traversing from Caloocan to Pasay, and Ortigas Avenue is an arterial thoroughfare stretching from Quezon City to the Province of Rizal. C-5 Road is passing through QC all the way to Taguig and an entrance to the South Luzon EXpressway (SLEX). The city also has public transportation terminals, stone’s throw away from train stations such as Ortigas and Shaw of MRT-3, and pedestrian-friendly infrastructures that offer safe passage to commuters and pedestrians alike.

Prominent educational institutions near your home

When someone is renting a residential property in Pasig one should also know if there are schools in the area. There are distinguished schools that surround the city namely Lincolnshire Internationale Preschool, Lourdes School of Mandaluyong, Reedley International School, and University of Asia and the Pacific.

The workplace is minutes away from your doorstep

One of the reasons why Pasig is the best place to rent a residential property in, because it is close to top-performing companies. There are big businesses that are headquartered in the city such as Manila Electric Company, San Miguel Foods Incorporated, Jollibee Foods Corporation, Seaoil Philippines, and Union Bank of the Philippines just to name a few. Ortigas Center being part of Pasig boosts its economy and at the same provides opportunities for its residents.

Where to rent a residential property in Pasig?

Now that you have already surveyed the city for its key points, it is time to find a residential place for rent in Pasig that is close to the mentioned developments and establishments. Based on the data of the Pasig City Government, the city covers a land area of 34.32 square kilometers. Living nearby the essential landmarks in the city will offer convenience in terms of both lifestyle and work life. Here are the places you can check when renting a property in Pasig:

Barangay San Antonio is the official name of the eastern district of Ortigas Center. The barangay is the home of several notable businesses and corporations which makes it perfect for working professionals. There are residential properties for rent in San Antonio, Pasig namely Malayan Plaza, Alexandra Condominium, and Pearl Place. Barangay San Antonio is not only great for young professionals but also for starting families and students who are studying in Pasig. Malls can be seen near the condominiums in the area such as Estancia Mall, Ayala Malls The 30th, Shangri-La Plaza Mall, and SM Megamall. Students can also have the finest education because Lourdes School of Mandaluyong, GCF International School, Saint Poveda College, and University of Asia and the Pacific are minutes away from the residential condominiums

Barangay Ugong is located in the northwestern part of Pasig City. It is famous to have luxurious residential properties in Valle Verde and The Grove by Rockwell. The residents of Barangay Ugong can receive the finest medical attention because The Medical City is just  a block away from the premises. Students can study at notable educational institutions such as Ugong Pasig National High School, Reedley International School, Domuschola International School, and Francisco Legaspi Memorial School. Dozens of shopping centers and commercial establishments encircled the barangay including Tiendesitas, SM City Pasig, and Landers Superstore. Restaurants can also be seen near the residences that include Bueno Tapas & Wine Restaurant, Tartufo Ristorante, Masil Charcoal Grill Restaurant, and Florabel Restaurant.

Barangay Kapitolyo is in the westernmost part of Pasig City. There are 5-star residential condominium properties for rent in the area and one of them is Lumiere Residences. The residents in Kapitolyo can easily travel around the city because the barangay is beside major roadways, bus stops, and public transportation terminals. Barangay Kapitolyo is also close to Shaw Station of MRT-3 that offers a cheap and efficient commute in and out of the city. There are also malls like the Estancia Mall and Ayala Malls the 30th that provide the conveniences of modern living due to the fact that the occupant does not need to travel far to shop, dine, and hangout with family and friends.

Barangay Oranbo is one of the important areas in the city. This is where the Philippine Sports Complex is located and also the place where athletes train in achieving their full potential. It also housed one of the finest residential properties in Pasig including The Sandstone At Portico and Royalton In Capitol Commons. Barangay Oranbo is only walking distance to Estancia Mall and Shangri-La Plaza Mall. There are schools within the vicinity of the residential developments such as Oranbo Elementary School, St. Paul College, and University of Asia and the Pacific. The barangay is also beside C-5 Road that is passing through Quezon City, Taguig, and all the way to the entrance of South Luzon Expressway (SLEX). This provides a faster route to the cities of Parañaque, Las Piñas, Muntinlupa, and some parts of the provinces of South Luzon.

The residential properties for rent in Pasig is truly a worthy investment. The houses and condominiums in Pasig are located in a prime location where it will provide convenience to its residents. The residential developments are also close to interlinking roadways, public transportation, and other key points of the city where everyone who lives in Pasig can freely pursue their chosen endeavor without fail.

How much is a residential properties for rent in Pasig?

You may find the most expensive and luxurious residential properties for rent in Pasig at Brgy. Ugong. While you can find classy yet affordable ones at Brgy. Kapitolyo, San Joaquin and Sandoval Ave.